Q: Who put out the Bahia point flyer?

A small group of longtime coastal activists.  They have focused on fighting to preserve coastal public land for parks and the enjoyment of all of us.

For the past 25 years there has been a constant assault on our lands with significant losses of our land despite community efforts.

Q: Why did you flyer?

To reverse the loss of our public owned coastal land to hoteliers and developers.

We the people own the land along ocean and beach and bay beaches.

at are constantly being raided through an electronic backdoor virus by nefarious actors.

Our purpose is to do everything possible to not allow this to continue.

Q: Why is the Bahia Point Park issue critical?

The land belongs to us.

The Bahia Hotel sits on “We the People” tidelands.  Tidelands constitutionally are owned by the People of the United States, not any government entity.  Their mandate is to provide access to everyone to the beaches, bays, lakes and navigable waterways.  Hotels are the lowest priority use of tidelands as private housing and office buildings are not legal.  One of the highest priorities for tidelands is parks as they provide low cost access to our land regardless of income.

All these alterations go against the tenants of established tidelands law.

Bahia hotel expansion would set an alarming precedent that designated parks can be bulldozed by special interests.

Q: What is your long term objective?

To create a world-class great waterfront park focused on water and beach access, recreation and sports.  A great San Diego park  encompassing both bays would take advantage of our perfect outdoor weather to get back on the cutting edge of surf culture and other California invented water-land sporting adventures.

In one summer alone, the Mission Beach Boardwalk was flooded with next-generation skateboards, mountain bikes and in-line skates.

There no reason we cannot create a great park rivaling these other cities: 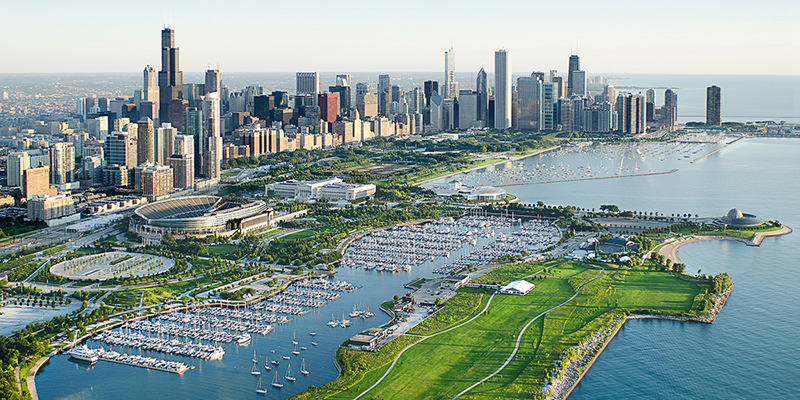 Or even Wilmington California.

Q: What is special about the Tidelands?

They are owned by “We the People”. Not the state.

Tidelands are a benefit of being an American.  They were constitutionally set aside by our founding fathers, following both English and Roman precedent, to allow everyone to access our beaches, bays and waterways.

Though the Port District manages the land in San Diego Bay and the City of San Diego in Misssion Bay, the rights of the people cannot be extinguished.  The State of California still is the ultimate trustee of the Tidelands and who must be held accountable for the misuse in San Diego of these lands.

“Blue line marks historic boundary for tidelands.  Area inside the line belongs to the people.

Q: How radically cool can we make our coastal experience

The key is creating a park you can get lost in.

Photos of Regent’s Park in London.  Not even London’s most renowned park.

Link “most renowned park” to https://en.wikipedia.org/wiki/Hyde_Park,_London

Q: Why is our San Diego Council District 2 critical to the coast?

It sets precedent for California.

The San Diego 2 council district; by being the home of San Diego’s prime beach communities, Mission Bay Park and San Diego bay; has made it the #1 most important district targeted by insiders, hoteliers and developers.  It is the power seat on city council.

Every council representative since the election of Byron Wear in 1995 has made a point of avoiding public land issues in their campaign only to work to give away prime public land to those who provided funds to get them elected.  Michael Zucchet, Kevin Faulconer and now Lori Zapf who followed Wear have followed in his footsteps and taken every opportunity to turn over our most valuable coastal public lands to the hidden San Diego power structure.

How District 2 goes, so goes the city.

For San Diego to reverse course, the citizens of District 2 must lead the way.  Until we develop candidates that are true public land champions, we must step up to ensure our lands are protected.  That happens by

Q: How do I get involved?

Beyond voting for Campbell on November 6, spread the word.  Join our effort to create a vast recreational waterside park.

Q: Who are the raiders of our public land bank?

The local and state government – for the benefit of campaign contributors and special interests.

Q: Who are the raiders of our land?

The downtown Chamber of Commerce represents them.

The Hotel-Motel Association is run by them.

The Port District board is filled by people who work for these interests.

Q: What is the new motive behind the theft?

Privatizing public land by high rise coastal in-fill is one of the most profitable and stealthy ways to divert new money to pay for public pensions.

Q: What role does Sacramento play in the theft of the coast?

“State Sen. Toni Atkins, D-San Diego, an author of one of the major bills in the package, said the state has only begun to address its housing challenges.

“This is a necessary and critical first start,” she said.”

Toni Atkins’ partner is a lobbyist for affordable housing.